At La Transformerie, our approach is quite straightforward: we believe it is possible to eliminate food waste.

Instead of feeling guilty about the situation, we choose to address this issue in a creative and positive way by recognizing that everyone has the capacity to act.

We call on all local merchants, organizations providing food assistance and citizens to get involved, because collectively we can significantly reduce the waste that weakens our food system.

At La Transformerie, we reduce food waste by implementing positive and efficient solutions that aim to resolve the problem of unsold food in grocery stores and green grocers. We also try to raise awareness of this important issue among the merchants and the general public.

The idea for our organization was sparked by a challenge given to Guillaume by Thibault in August 2016: to prepare a gourmet meal made entirely with food retrieved from the disposal bins of grocery stores. In Guillaume’s mind, then chef at the restaurant Les 400 coups, nothing “good” could possibly come out of this challenge. However, always game, he accepted Thibault’s proposition. Entering the dumpsters, both friends were totally astounded by what they found. They were shocked, not by the quantity of food they found, but by the unexpected quality of the products thrown out. This unusual experience led them to a profound reflection on our food system and led them to try to find a meaningful outcome to this experience. Not long after, Bobby and Marie, for whom the issue of food waste also raised fundamental questions, got on board to further provide food for thought on the subject. A year later, July 17 2017, the four of them officially founded the NPO.

Determined to put together a concrete project, Marie and Guillaume made the bold move of dedicating themselves full time to the setting up and development of the organization. The following two years they implemented their first concrete measure to counter food waste. Combining the principles of circular economy and social economy with Guillaume’s kitchen know-how, they launched Les Rescapés: a unique variety of fruit spreads, produced using traditional methods and made with fruits recovered from local partner grocery stores and greengrocers in the Rosemont-La Petite-Patrie neighbourhood. 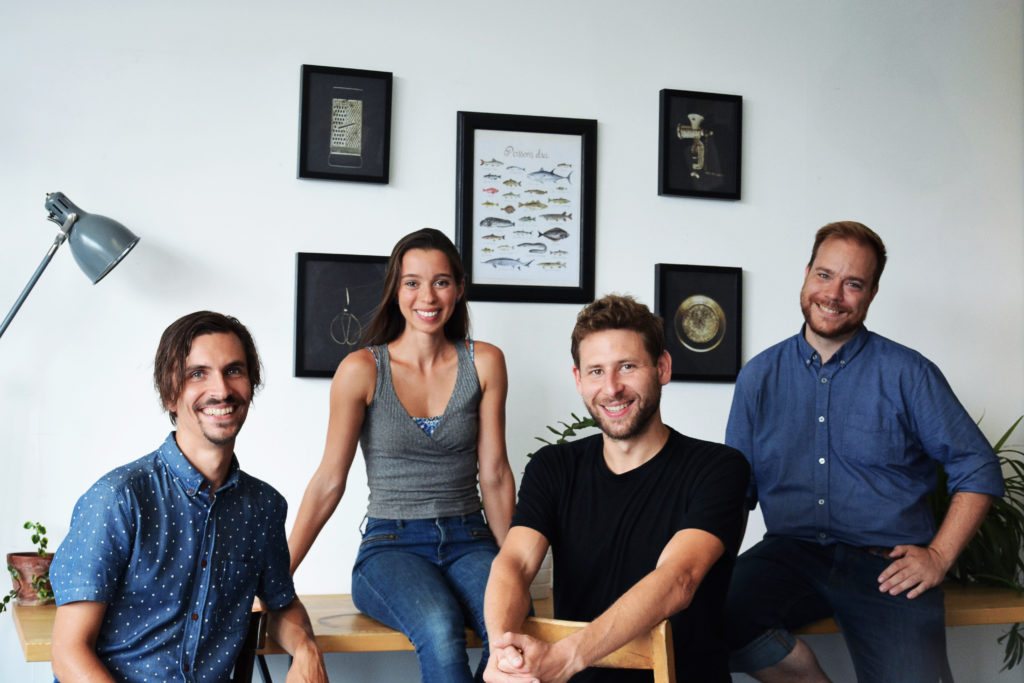 Known to the general public for having won the first season of  Les Chefs! airing on Radio-Canada, Guillaume knows how to meet challenges with vigour and determination in order to achieve the goals he sets for himself.

A strong-willled person, he excels at inspiring and motivating people to participate in the projects he undertakes. His 15 years of experience in kitchens provided a solid foundation for the La Transformerie project. In order to materialize his ideas, he followed a training course in canning to better understand the process at the Instituts de technologie agroalimentaire (ITA) on both the Sainte-Hyacinthe and the La Pocatière campuses as well as undertaking the Lancement d’entreprise training program at the  SAJE  Montréal. Creative and a perfectionist, he applies his many years of experience as a chef to develop original recipes using as his main ingredients the unsold fruits collected from partner merchants. He also acts as production manager, focusing on the quality of the produce as well as ensuring the sustainability of the project.

Our board of directors

The board of directors is the entity responsible for the organization.

Consisting of elected members, the board defines the mission, the vision and the organizational values of the organization as well as identifying the beneficiaries. It sets the working parameters guiding the activities of the executive and makes sure this framework is respected.

“With the help of the managing director, it defines the strategic planning and it ensures the long-term viability of the organization.” *

* This definition is taken from the book La Gouvernance et le Conseil d’administration by Roméo Malenfant. 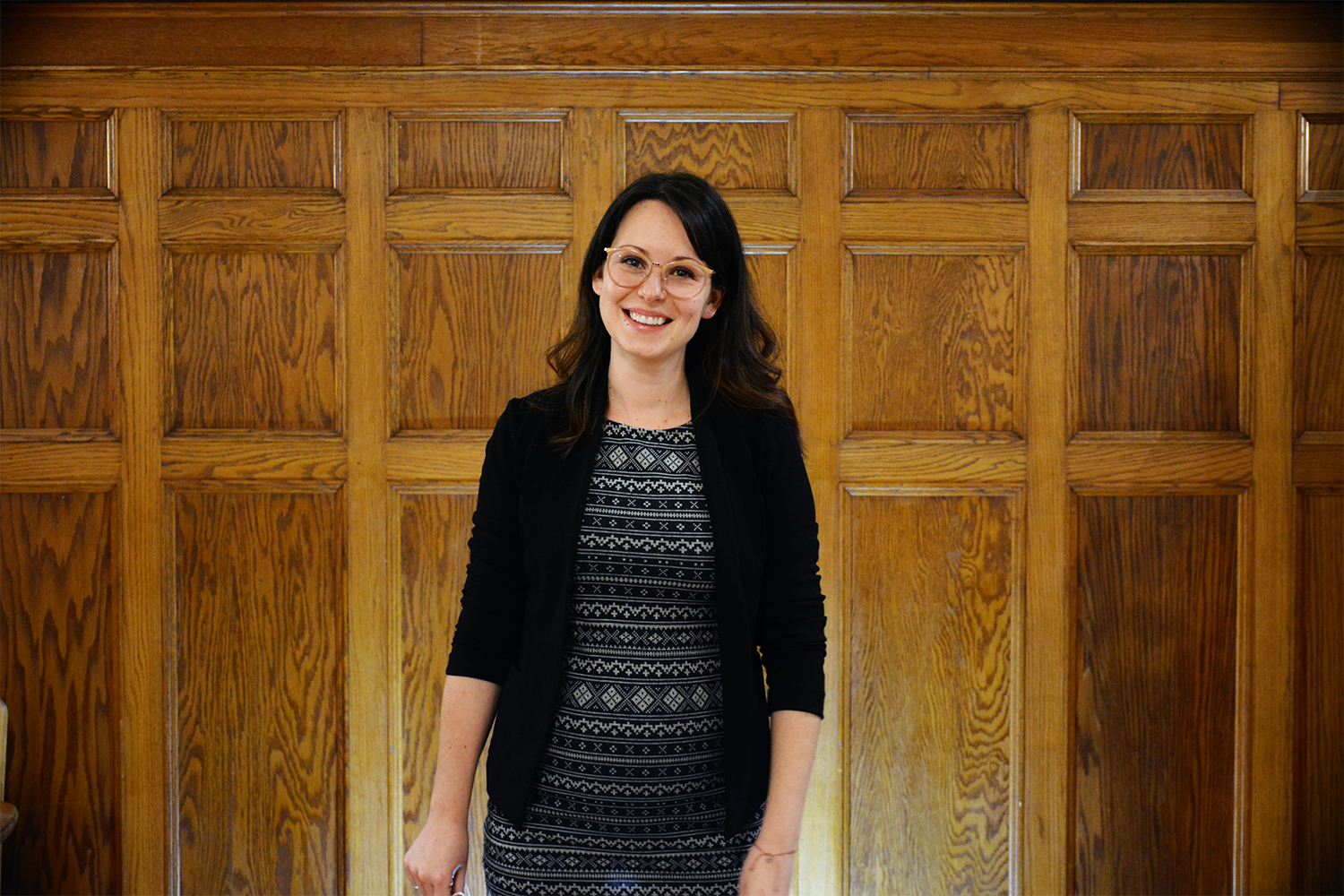 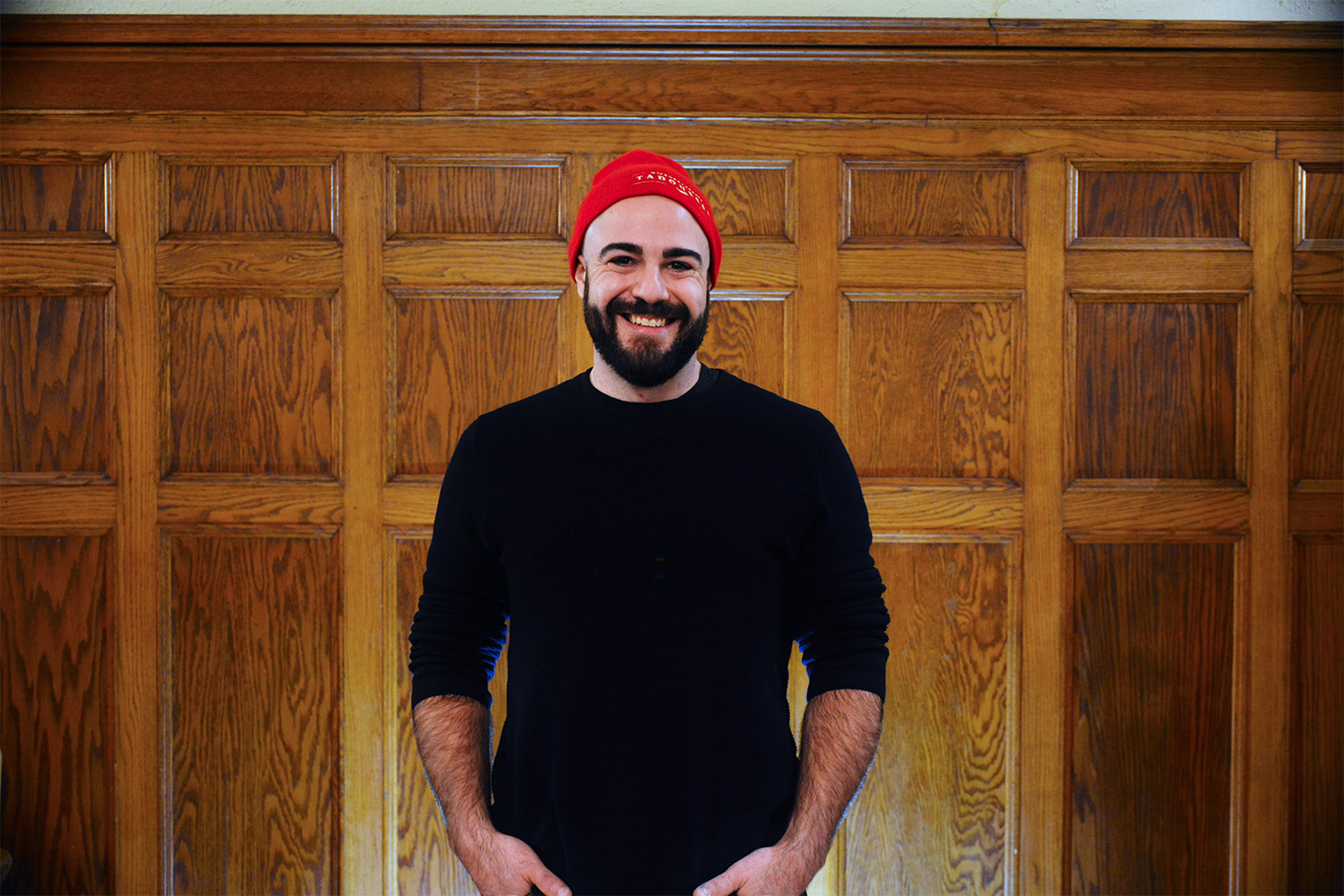 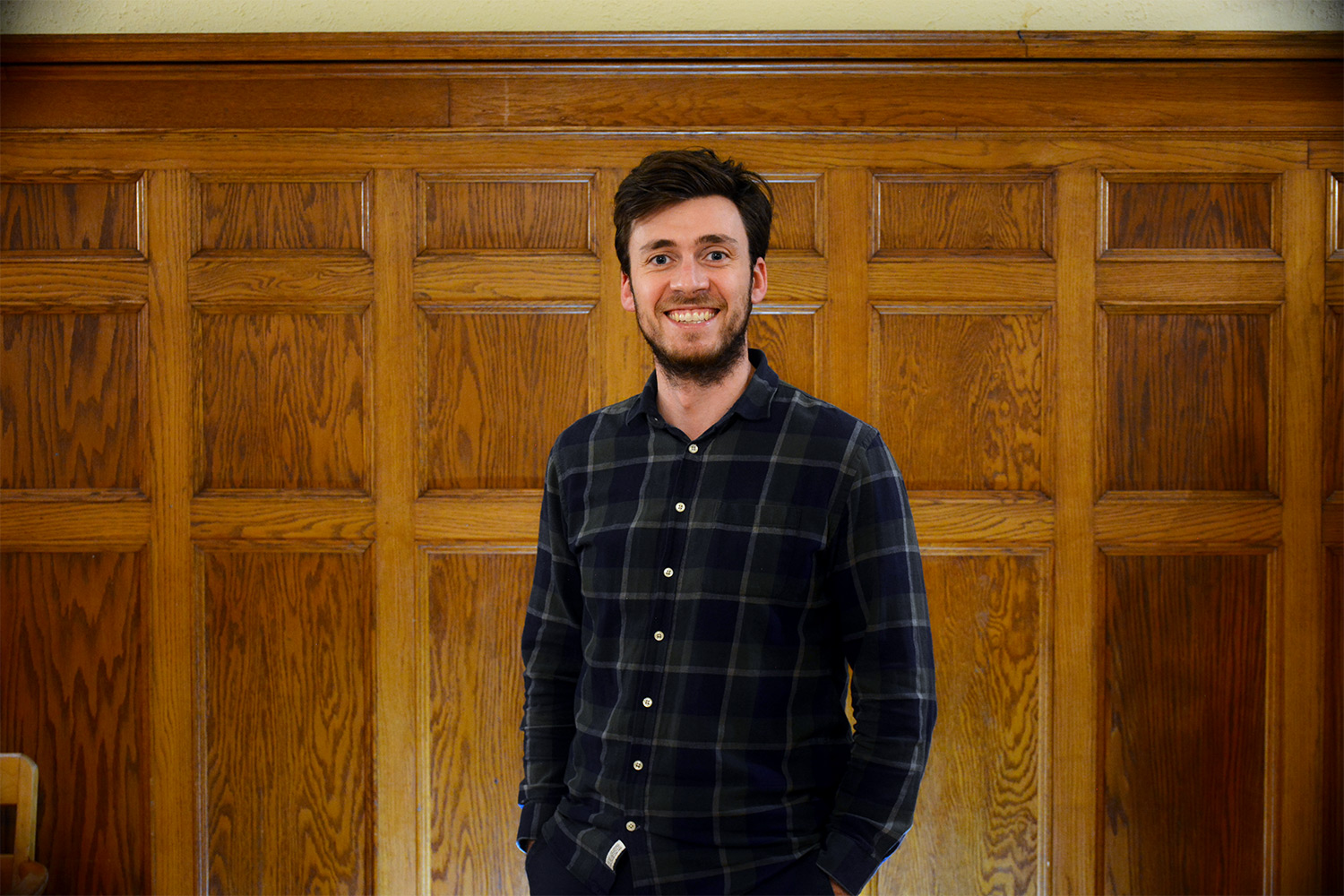 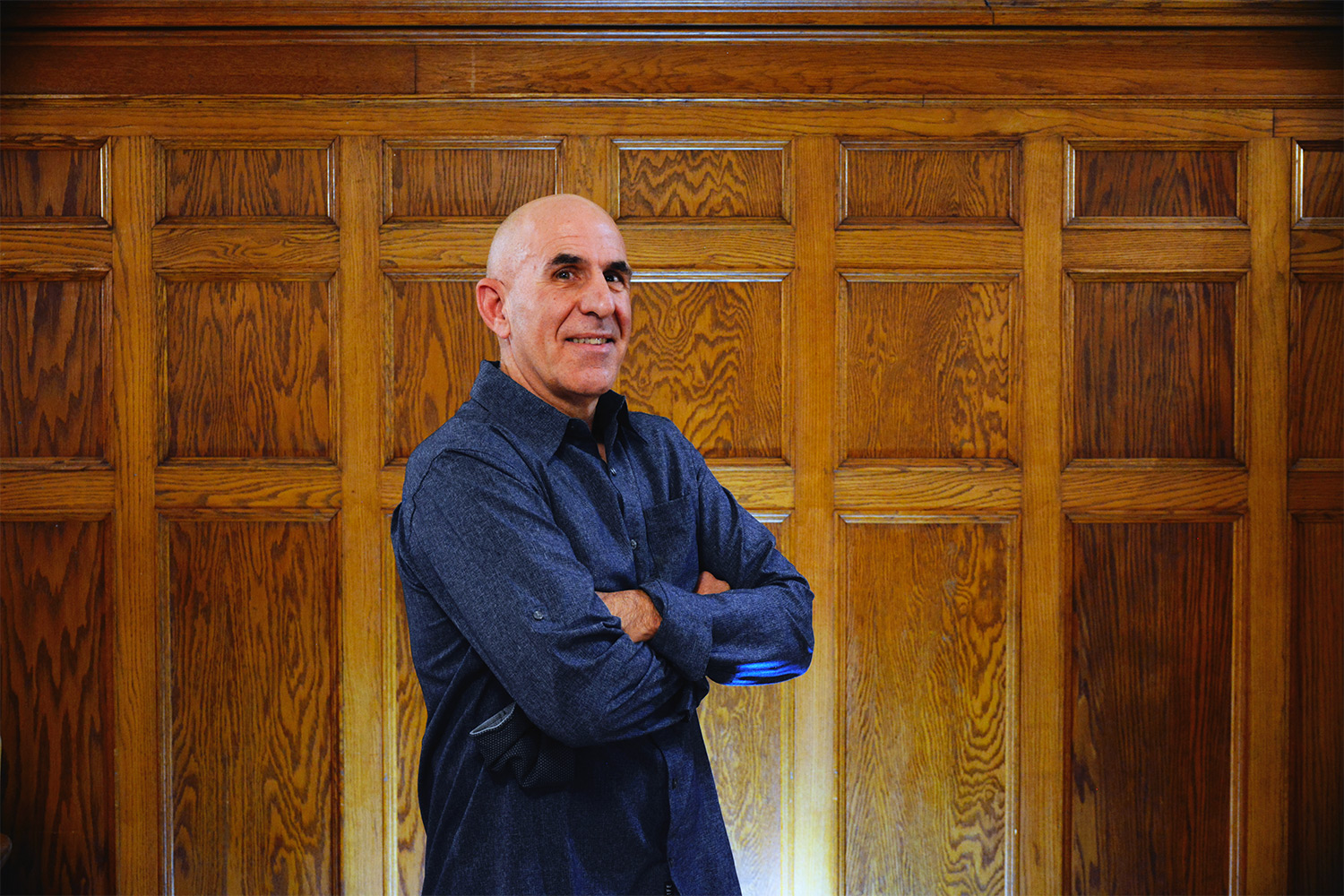 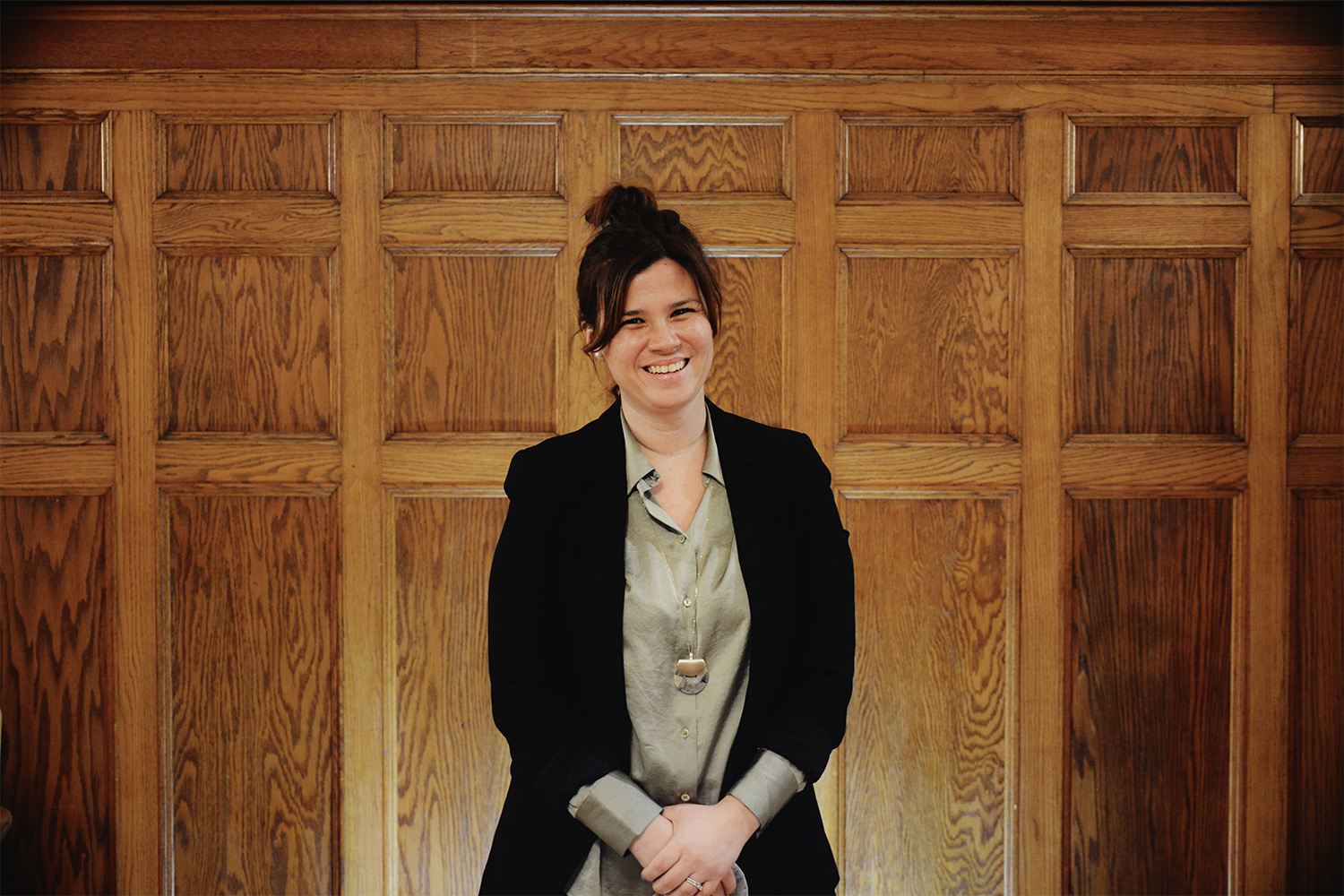 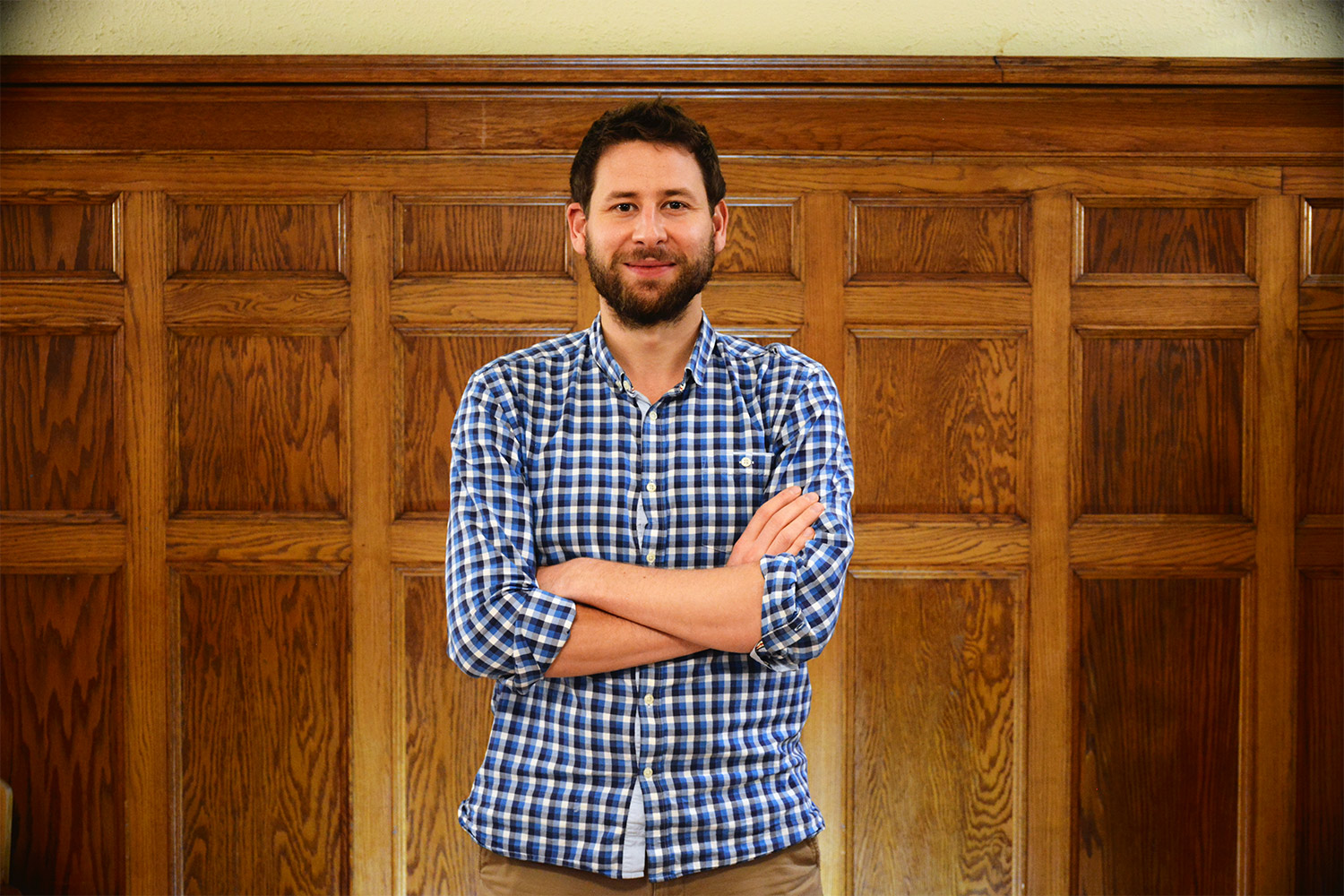 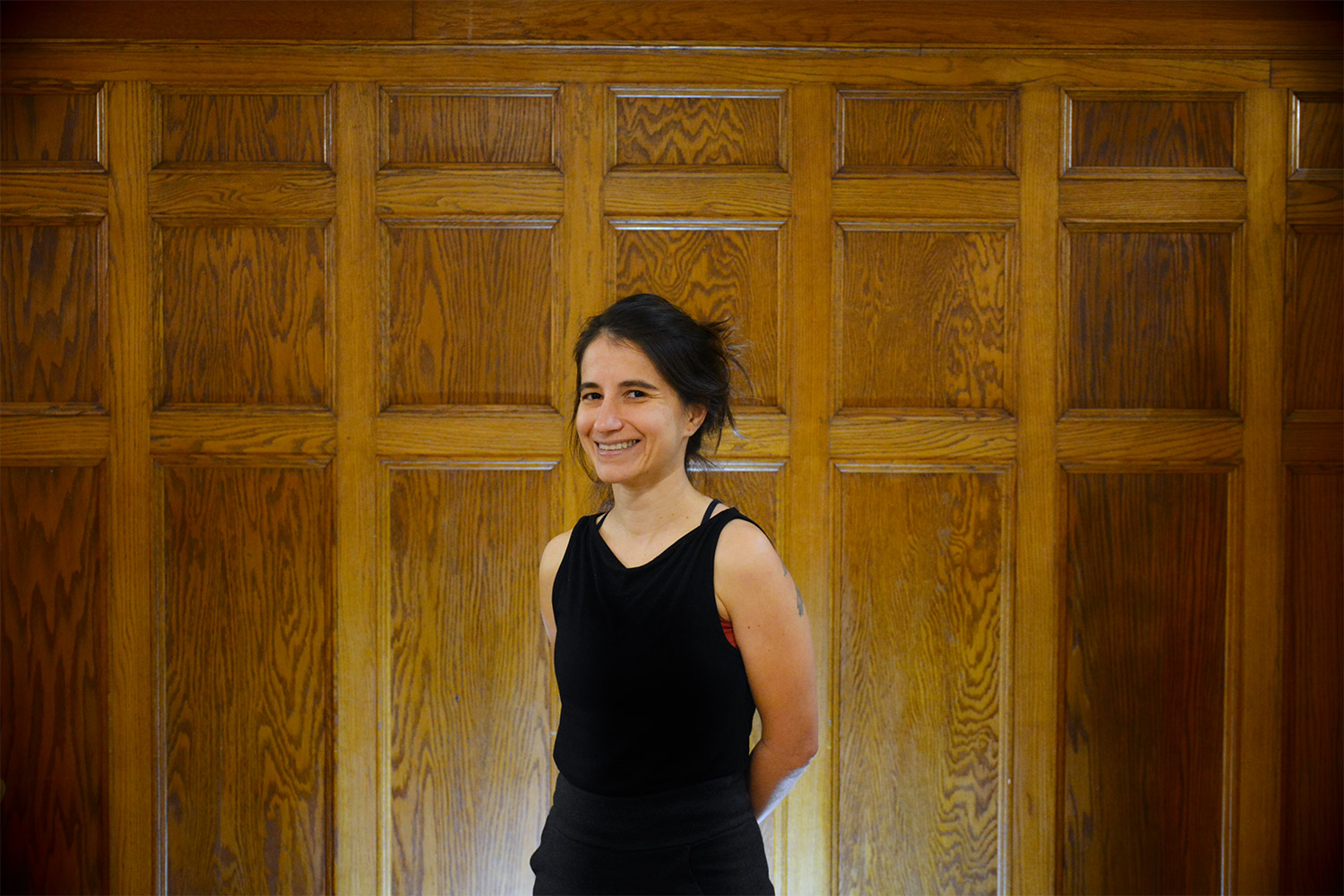 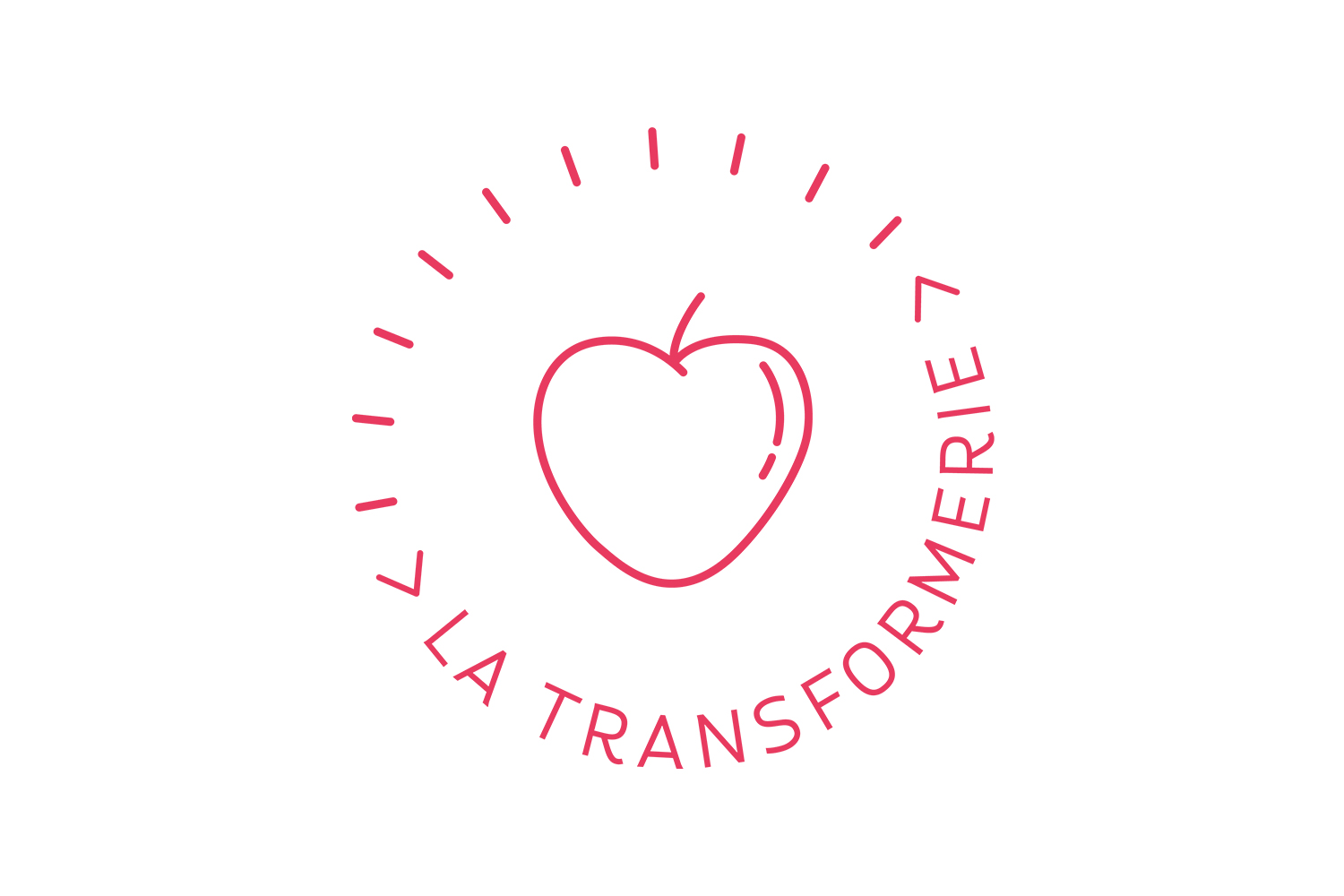 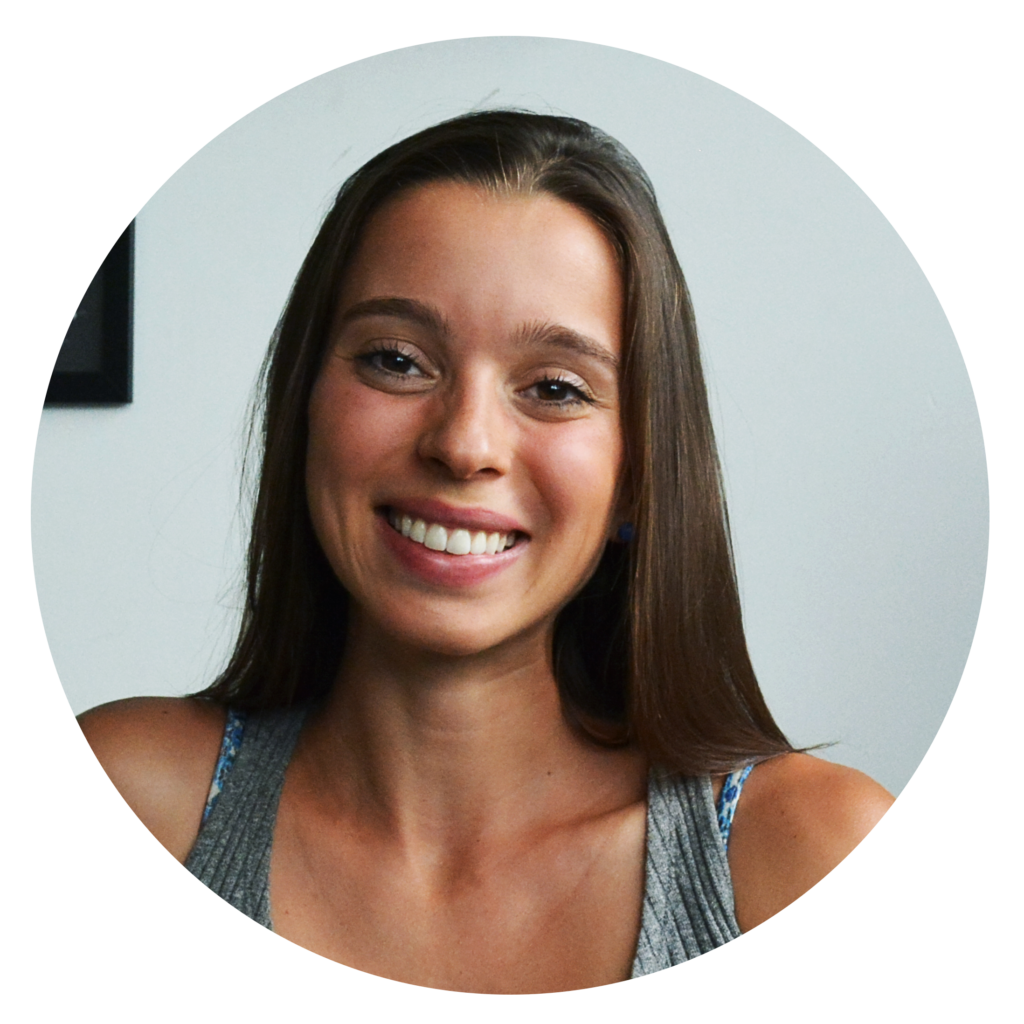 During her childhood, Marie lived in different countries as her parents moved frequently because of their work. This rich life experience made it easy for her to adapt to a wide variety of situations.

She holds a bachelor degree in agricultural economics from McGill University. She shows a great enthusiasm for innovation and spends all her energy looking for the best solutions to remedy the shortcomings of our food system.

Her training in food trends analysis, in the development of volunteer programs and in social media are major assets in the fulfillment of the organization’s mission.

A chef and a cooking instructor, Bobby is a proud ambassador of Quebec’s culinary heritage, of its regional products and of the local artisans and producers.

He is co-initiator of  L’Atelier du goût, an organization aiming to give meaning to what we eat. He was president of Slow Food Montréal for eight years, which lead him to cofound the Alliance Slow Food des chefs. Bobby is currently an international advisor for Slow Food Canada.

During his many years of commitment, he has developed extensive experience in strategic governance in non-profit organizations. Having often conducted engaged workshops, including “À vos Frigos” for the  Jour de la Terre, the reduction of food waste at home holds no secret for him. 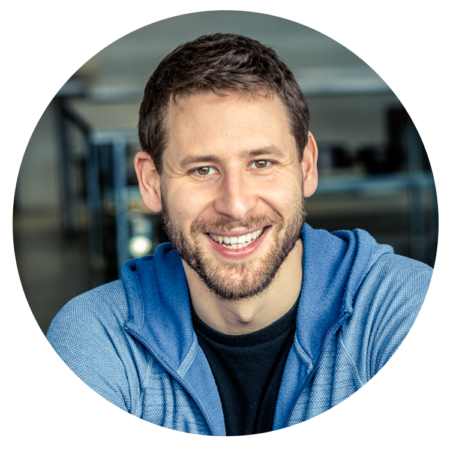 Founder of a student association dedicated to sustainable development at the École de management de Normandie, France, he went on to train in communications in the context of fair trade. He then came to Quebec to complete a master’s degree in Business Ethics and Entrepreneurship.

Passionate about the issue of short circuits, he managed the Montreal office of Provender whose work is to connect chefs and farmers. He currently continues this work through his own company, Arrivage.

Well integrated in the Montreal social entrepreneurship and solidarity economy community, he works with passion to mobilize people, sharing his strong vision of a social enterprise serving human beings and the planet.